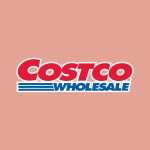 Ina Garten Shared a Tomato Salad Recipe From Her Upcoming

If you purchase an independently reviewed product or service through a link on our website, SheKnows may receive an affiliate commission.

There are times when it’s so hot outside, and it’s so hot inside, that we just can’t bring ourselves to cook dinner. But it’s reassuring to know that we’re not alone. In fact, Ina Garten, also known as The Barefoot Contessa, has declared it “too hot to cook week” on Instagram, and it’s such a boost to our confidence to know that even the queen of hospitality keeps the oven turned off in the doldrums of summer. She shared one of her favorite no-cook summer recipes on Instagram, and it’s so simple, you could make it even during a heatwave without breaking an additional sweat.

Garten’s dish just screams summer. It’s an Heirloom Tomato & Blue Cheese Salad with a simple ingredient list. The recipe is in her upcoming cookbook (which is available for pre-order now), Go-To Dinners.

Summer tomatoes are one of the best things about the season. Try to get them from a backyard garden, farmer’s market, or farm stand if you can — the fresher they are, the better this dish will taste.

To assemble the salad, Garten slices a variety of heirloom tomatoes and heirloom cherry tomatoes, then quickly marinates them in salt and vinegar. They’re paried with Roquefort, a type of French blue cheese. Garten recommends the Société brand.

It’s really that simple. Heirloom tomatoes, good Roquefort, salt and pepper, olive oil, and basil. Garten says in her Instagram caption, “I pick up a rotisserie chicken on the way home and dinner’s ready,” which is just the type of “cooking” we feel capable of when the thermostat is in the red.

Pair with one of Garten’s refreshing 3-ingredient pomegranate spritzers, and you’ll feel more than ready to face the heat tomorrow.